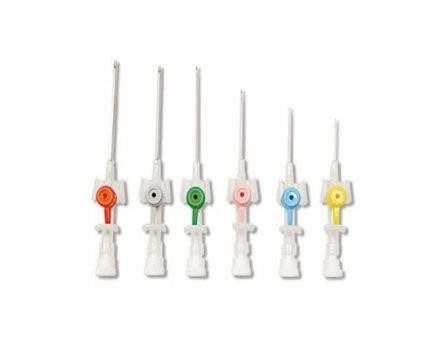 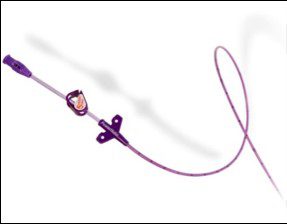 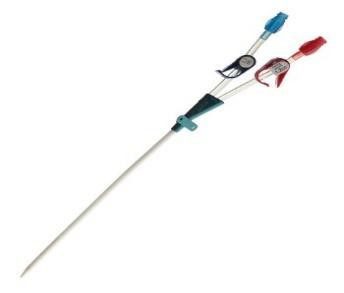 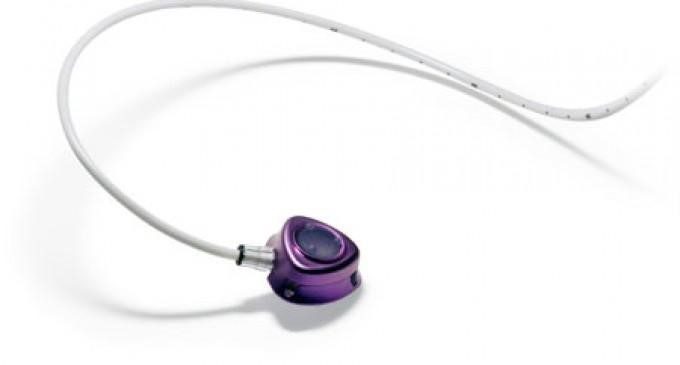 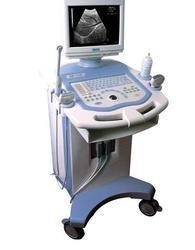 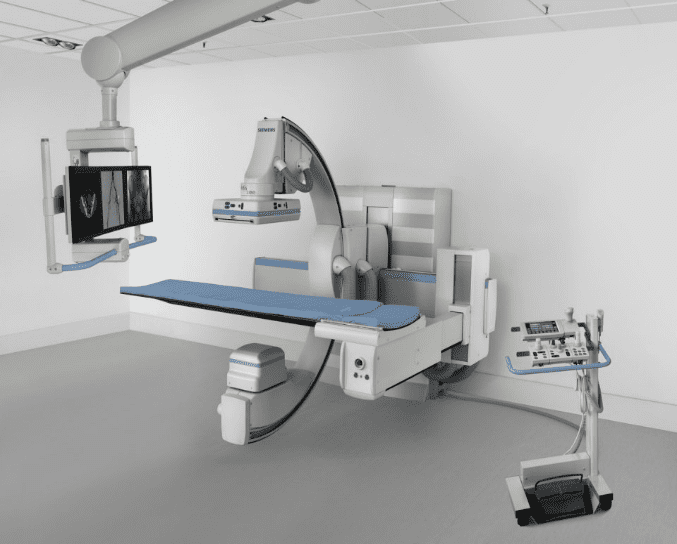 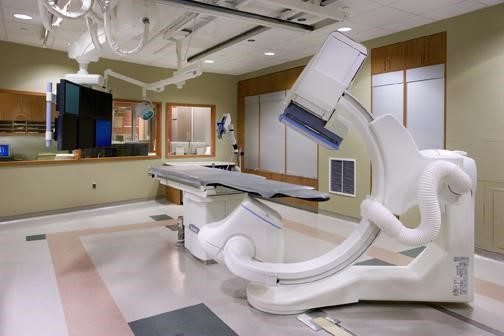 The goal in mind when choosing a particular vascular access device is ‘what will provide the patient with the best way to administer the therapies required while simultaneously doing the least amount of damage to the vascular system’.

Venous access is the introduction of a needle into a vein for the purpose of putting in a vascular line.

Venous access is usually used for the purpose of withdrawing blood or administering fluids/intravenous medication; sometimes both.

What are the types of venous accesses?

There are a variety of options available for venous access. These are broadly divided into 3 types: 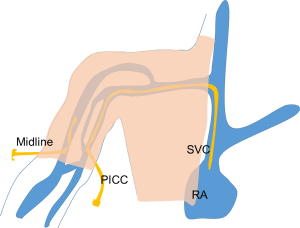 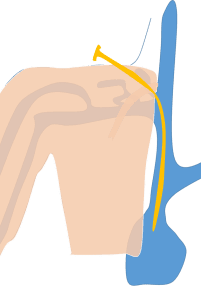 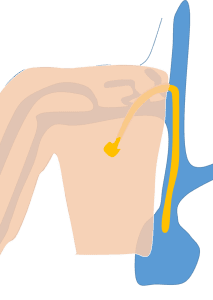 These are tailored to each patient’s needs; or more specifically to the type, duration, and frequency of vascular access needed. It should be noted that peripheral is referring to the arms and legs (in the periphery or away from the body) and central means the ‘center’ of the body with the heart representing the center of the body from a vascular standpoint.

Peripheral venous access is a simple, inexpensive way of access the vascular system and is used for short-term intravenous (IV) therapy. Veins are typically accessed in the patient’s hand or arm, and sometimes in the foot (making them peripheral or away from the body center). These are the most common forms of IV access and very likely are already familiar to you, especially if you have previously received one at any time in your life.  For example when you come into the emergency department, have a procedure, or get admitted to the hospital.

Peripheral venous access has a few risks associated. The most common are infiltration and phlebitis. Infiltration occurs when a vein breaks down and allows blood or injected material to leak into the tissue surrounding the vein. Phlebitis is inflammation of the vein.  Inflammation causes swelling, warmth, and sometimes pain. Both of these complications dramatically increase in likelihood the longer the IV stays in place and the smaller the vein is that has been accessed.  Peripheral IV’s cannot be used for more than a few days. Avoidance of these complications is achieved by replacing the lines and rotating the site of access at least every 72 to 96 hours.  Knowing access is needed for longer than a week is usually enough to make placing a central type line worth while.

PICC lines exist somewhere in the middle between peripheral venous access and a central line.  The name itself describes where the catheter enters and where it ends up.  PICC lines enter the body in the peripheral vein; almost always in the upper arm (basilic, brachial, or cephalic veins) and very rarely anywhere else.  However, unlike a regular peripheral IV access that has only a short piece of catheter inserted into the vein the PICC catheter is very long.  The intravenous portion of the catheter is trimmed to be just long enough to sit inside the outermost parts of your heart or very near to the heart.  Thus a peripherally inserted central catheter enters peripherally and ends centrally.

The attraction to this middle ground is that you can achieve a ‘best of both worlds’ situation.  Because they are put into a peripheral vein these simple procedures can be done at the bedside without the need for sedation or a large procedure room.  However, since the catheter itself access’ the central most veins or heart the patient may receive medications that would have otherwise been too strong for small peripheral veins.  These strong medications like chemotherapy and certain antibiotics can cause small veins to scar or disappear all together. Lastly, the PICC itself can be left in for much longer periods of time; sometimes weeks to months.  This comes in handy when someone needs antibiotics given into veins for weeks at a time. The patient can often go home with a PICC.

Several disadvantages of these PICC’s include their increased likelihood to cause blood clots in the peripheral veins given the small size of the veins themselves.  Also given the small size of the catheter there is a higher likelihood of occlusion/blockage.  These occlusions may occur from either a mechanical cause such as being pinched or bent by the patient's own body/movement or from material clogging the small inner lumen (the actual opening or inside of the catheter). Lastly these lines still require frequent flushing and bandage changes throughout their life.

Central lines are typically larger, but not always, than their above mentioned counterparts.  The name central is referring to the location that the catheter enters the vein. Veins that are located in the center of the body, or at least more centrally than those located in the arms or legs, include the veins in the neck and the veins in the groin.  Infrequently central veins may include the veins deep within your abdomen.

Central lines/catheters are often larger because they are needed to transport both your blood (in and out) and intravenous medications (in) quickly and in large amounts. Like the PICC line above the location of the end of the catheter is in or very near to the heart allowing for the patient to receive medications that would otherwise be damaging to the small peripheral veins.

Central lines themselves come in three distinct types.  Those that enter directly from the skin into the vein (non-tunneled), those that travel under the skin for a short distance before entering the vein (tunneled), and those that have a reservoir that is buried/implanted entirely beneath the skin without any external visible portion (port catheter).

Non-tunneled catheters are usually placed in urgent situations or times when large central access is only needed for a very short period of time. The lifespan of these catheters is typically 5-7 days. When compared to the next two catheter types they have a higher infection risk and are inappropriate in anyone who requires greater than 2 weeks of central access.

Tunneled central venous catheter are expected to be utilized for much longer than several days and in some cases are used for months or even years.  Tunneling a line, in a way, keeps the outside world/entrance into the skin farther away from the entrance into the vein, especially when compared to non-tunneled central lines.  Tunneled lines have a lower rate of infection than their non-tunneled counterparts.

Ports or ported catheters have a small housing that acts as a reservoir.  This reservoir is implanted under the skin usually in a surgically created pocket. Ports have to be accessed with a needle each time they are used by feeling for the reservoir located under the skin.  These types of catheters come with many advantages; most appreciated by patients is their conspicuity and decreased interference with daily life since the system is located entirely under the skin.  Of the three choices, ports have the lowest long term risk of infection and require the least maintenance i.e. flushing and no bandage changes.

Although they have many advantages ports are not appropriate in someone who requires access to their venous system very frequently.  As mentioned above since ports need to be accessed with a needle every time they are used; therefore repeated or almost daily access could cause skin breakdown and substantially increase the risk of infection. It is also worth noting that needing to insert a needle will cause a brief amount of discomfort for each time the port is accessed.  However, special numbing creams are often used the first couple times a port is used and after many uses the skin becomes less sensitive.

Central venous access is recommended if the IV access is needed for more than a few days. It is cost effective and avoids the risks associated with peripheral venous access. The indications for central catheters include the following.

Unlike peripheral IVs and PICCs, central lines are slightly more involved when it comes to their creation.  Below is an in depth description of how and many other important facts about the process that a patient may want to know and understand.

How is a central line inserted:

Using fluoroscopy (live x-rays), a wire followed by a catheter are inserted into the vessel of interest. The wire is a temporary placeholder inside your vein and also serves as a guide for the catheter to travel over (think train tracks). Fluoroscopy allows the operator to position the catheter in the appropriate location based on the type of catheter that is being inserted.

Who performs the procedure?

Where can the procedure be performed?

The procedure is carried out in a specially designed room which can house a fluoroscopy machine that creates X-rays that allow for a live view of what is being done inside of your vascular system.  Also required is the presence of ultrasound scanning equipment. Lastly if sedation is to be administered appropriate patient monitoring equipment is required and must also be in the room.

How long does it take to perform the procedure?

Depending on the type of vascular access, sedation, monitoring requirements, these procedures can last anywhere from 15 to 60 minutes. In some instances the procedure may take longer if there is something about the patient that greatly increased the procedures complexity.

What are the risks?

Any intervention has risks involved however, what risks and what percentage likelihood said risk/complications occur depends on the complexity of the case.

***Site of catheter placement, duration of catheterization, and underlying patient comorbidities all affect the rate of device dysfunction.

What are the most common uses for central venous access?

Will people see the catheter?

How long can the catheter stay in?

How long can the catheter stay in?

Is there anything I can’t do anymore while I have this catheter?

Are there any issues to consider during placement of vascular devices for access?

The use of ultrasound to guide access placement has greatly reduced the incidence of vascular complications.  Ultrasound guided has been shown to reduce complications and improve technical success of central line placement.

Ultrasound evaluation of veins is very valuable to ensure patency before venipuncture. Ultrasound has significantly reduced the incidence of immediate complications from rates previously as high as 11.8% down to as low as 7-4%

In order to preserve veins for future hemodialysis access (fistula or graft), it is essential to consult with the interventional radiologist or nephrologist before placing upper extremity or subclavian lines of any type in patients who might eventually require dialysis.

Vigilance in following flushing protocols and the use of prophylactic low-dose anticoagulants where appropriate can decrease the incidence of thrombosis, which in turn reduces the infection rate as thrombus can provide a medium for bacterial growth.

Venous access device–associated venous thrombosis is treated with systemic anticoagulation, in the same way as lower extremity DVT is managed.

It is essential to differentiate between local insertion site inflammation and true infection. Infections can be divided into

Preventive use of antibiotics has not been shown to reduce the risk of infection.

Meticulous sterile technique at the time of catheter insertion, when accessing the central line, and when changing dressings is essential. 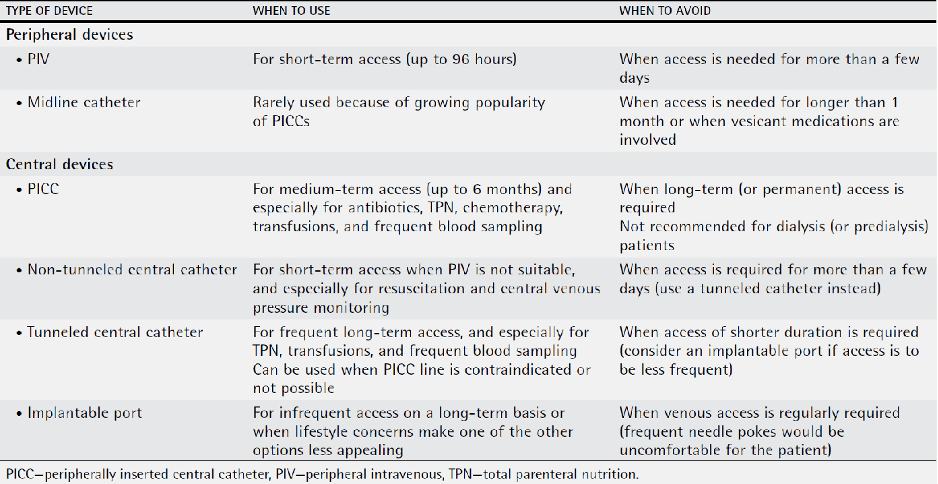 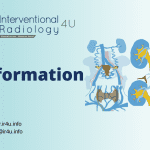 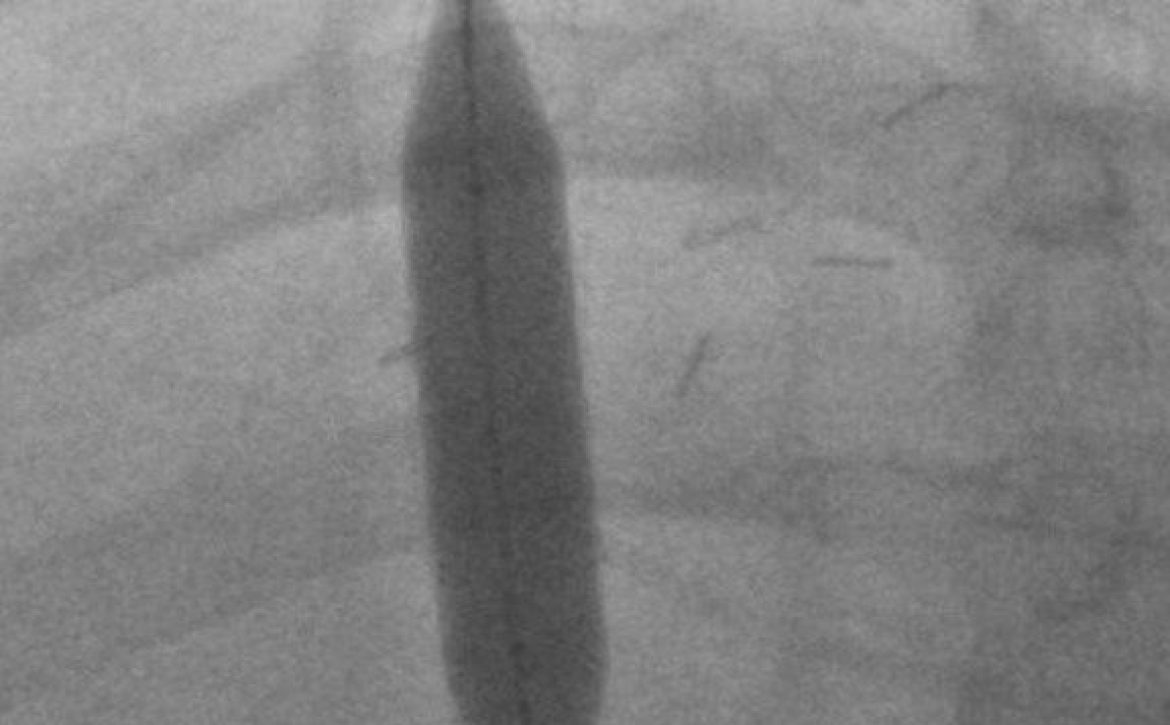 Persistent Facial swelling even after intervention 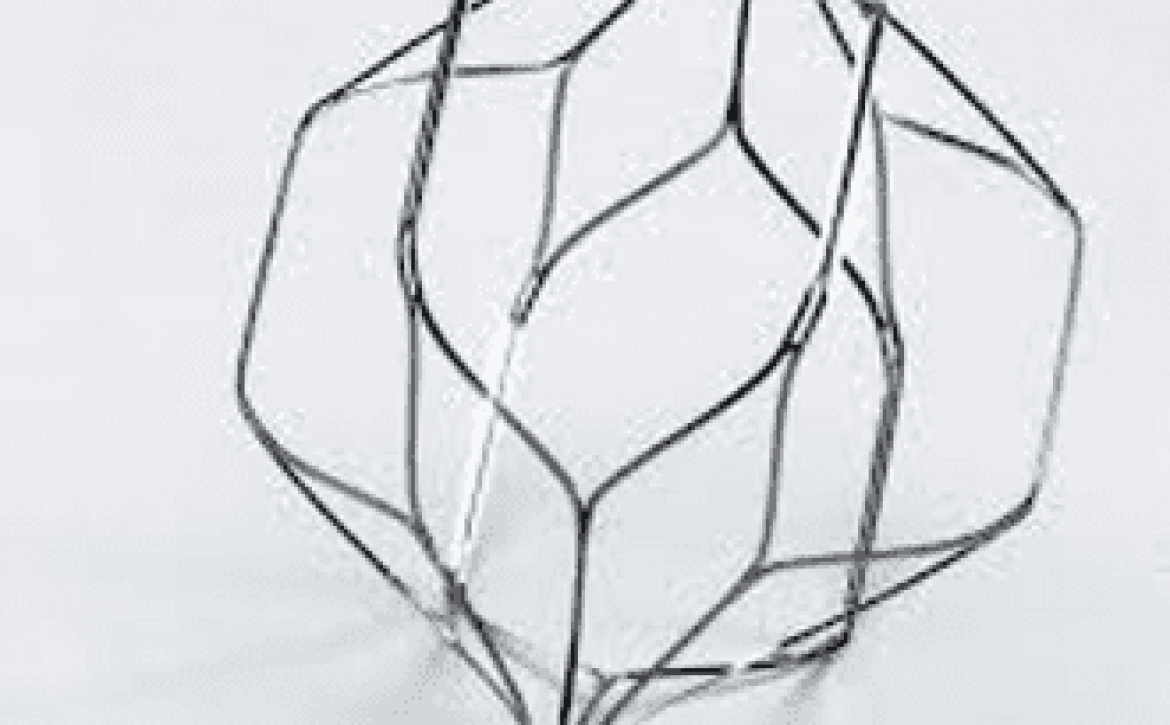